The Tianning Buddhist Monastery in Jinhua 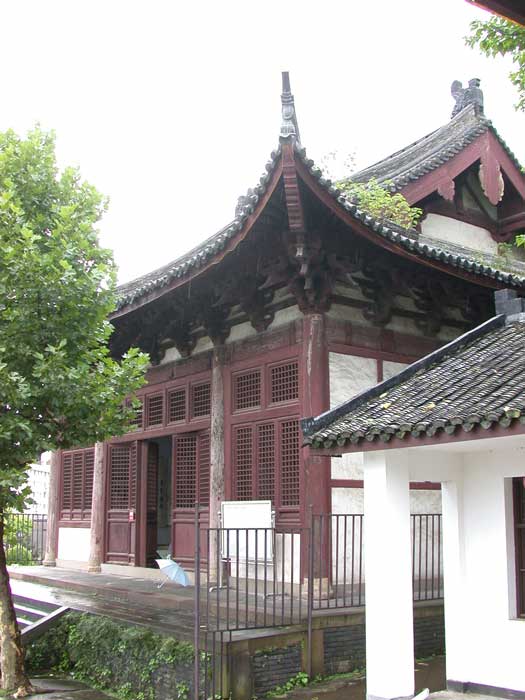 Today only the main hall remains of Tianning si (天寧寺Heavenly Peace Monastery), once a fairly complete small scale urban monastery. After 1949 its religious functions were abolished and the buildings used for a military hostel. Today only the Great Hall (大雄寶殿) remains, preserved because it is one of the few buildings in the south that preserves elements of the Song and Yuan period architecture in the roof bracketing structure. The site began in about 1010 but the name Tianning was first given in 1111. It was rebuilt during in 1318, during the Yuan period. Inscriptions on the roof beam record donations from that period, one of which is shown in the collection of interior images. There were renovations and additions through 1871; repairs were made to the Great Hall in 1979 and 1984. Today it is a national heritage site. The bell pavilion is a recent addition and the bell is from elsewhere in the area, but it tells a story of events 1000 years ago.